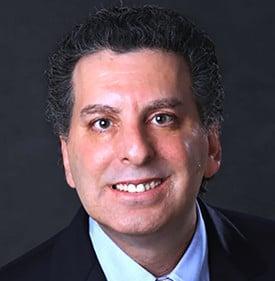 What is the Miller Act?

In 1893, the United States government enacted a law known as the Heard Act. This Act stated that any construction company performing work for the U.S. government must carry a performance bond. Later, this Act was changed to include a bond securing payment for all subcontractors performing on the contract. When these changes took place, the law became known as the Miller Act.

The Miller Act was established to protect the government from unexpected costs relating to construction projects due to non-performance or delays caused by the contractor. In addition, the government offered protection to all Florida subcontractors under this law in an effort to keep construction costs low. Subcontractors, under Sovereign Immunity, cannot have their Fort Lauderdale attorney place a lien on a government owned building for labor and material costs. The Miller Act guarantees that these subcontractors are paid for their supplies and services.

The first thing that every Fort Lauderdale or Hollywood construction company that bids on government jobs must understand is that complying with the Miller Act is mandatory. There are no exceptions. Broward County contractors who are awarded construction projects valued in excess of $100,000 that are meant to construct, alter or repair a Federal building will be required to meet the following obligations:

Payment Bond. A payment bond in the value of the entire contract must be taken out to protect employees, suppliers, and subcontractors from non-payment of monies due. The contractor has the ability to request a lower bond amount, based on actual anticipated costs of materials and labor. However, it is at the discretion of the contract officer to determine the amount of the bond necessary to cover all necessary payments.

It should be noted that the Miller Act applies to Federal construction projects only. Construction contracts concerning state and local government entities will have their own bond requirements for their contracts.

Enforcement of the Act

Under the Miller Act, any party that hasn’t received wages for work performed under the contract by the main contractor, or any supplier or subcontractor that has not received payment for their goods or services after 90 days of last providing those goods or services, has the right to sue for payment against the bond.

These lawsuits will name the U.S. government indirectly since it holds the bond. However, it will be the bond itself which is sue and will ultimately pay these outstanding balances. The insurer who issued that bond may seek damages against the contractor once the debts are paid. The U.S. government in no manner will be held accountable for these debts.

Understanding your obligations before You bid

The Miller Act plays a very significant role in any construction or renovation project that is conducted for a federal agency. Understanding how this Act affects your bidding is very important. Contractors seeking government work should become very familiar with this law as well as others that may apply for government contracts.

The federal government will strictly enforce all parts of their contract. It is mandatory that you understand every part of the bidding and acceptance process before submitting your bid. If you are unfamiliar with any part, speaking with a Hollywood or Ft. Lauderdale construction lawyer might be in the best interest of your construction firm.

Government contracts can be very lucrative for your Florida business. Once you have established yourself as a credible contractor, you will be able to bid on larger jobs that will increase your business size and profit. Approaching each of these bids carefully and with full knowledge will allow you to prosper as a government construction contractor.